To Die is Gain: Near-Death Experience and the Art of Dying Before We Die (Paperback) 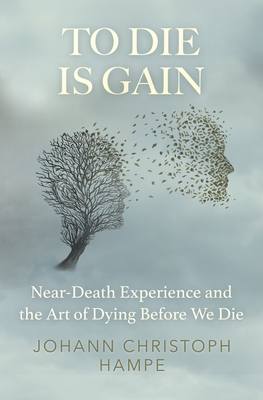 To Die is Gain: Near-Death Experience and the Art of Dying Before We Die (Paperback)

"If dying is not oppression, my knowledge that I am going to die will no longer oppress me. Instead of making me feel melancholy it will expand and deepen me."

Simultaneous with Raymond Moody's landmark book Life After Life, Johann Christoph Hampe independently "discovered" near-death experiences in the 1970s. Though both authors explored the phenomenon as possible evidence for life after death, Hampe took a very different approach and produced a profound, thoughtful, meditative exploration of "dying before we die." Hampe wrote To Die is Gain after he himself recovered from temporary clinical death caused by a serious illness and had personally experienced "dying seen from within," as he put it. This lends weight and poignancy to his reflections, particularly concerning the implications of NDEs for our time here on Earth. Hampe shows how we can gain a new vision of life from a deeper knowledge of dying, and coming to terms with our own death.

The book created a great stir on its first appearance in Germany, though this translation appeared only after the NDE "boom" in the English-speaking world, when the focus of research had already been established. To Die is Gain is thus an important though neglected classic on the spiritual and philosophical meanings of NDEs, unique for being wholly uninfluenced by contemporary near-death studies. In other circumstances, for its insight and social significance, the book might have rivalled Elisabeth K bler-Ross's On Death and Dying.

To Die is Gain is a remarkable look into the dynamics, emotions, myths, and human concerns with death, dying, and beyond. Many of the NDE case studies Hampe presents will be unfamiliar to readers, and are drawn from a wide range of sources and interviews.