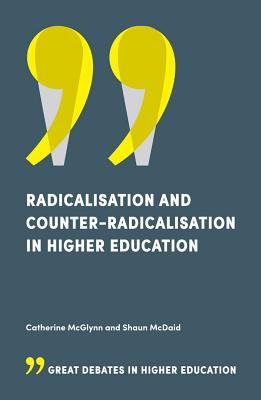 
This title is likely unavailable. Email or call for price and availability.
Higher education institutions have increasingly been identified as potentially radicalising locations. The 2015 Counter-Terrorism and Security Act consolidated this belief in the form of a legal duty of due regard to prevent people from being drawn into terrorism. This duty made engagement with counter-radicalisation mandatory for universities and has required the development of systems that monitor potential avenues for the propagation of the extremist and radicalising ideas that are deemed to be the cause of contemporary political violence.This book explains why radicalisation has become such an important and controversial issue in contemporary higher education. The authors chart the ascent of radicalisation as a central explanation for the causes of modern terrorism and document the development of counter-radicalisation in the UK using higher education institutions as a unique case study. Drawing on a comprehensive assessment of university policy documents and original focus group research with university lecturers and undergraduate students, this book demonstrates the risks involved in taking the 'safeguarding route' to counter-radicalisation and provides recommendations for how universities can better navigate these policy challenges in the UK and elsewhere. McGlynn and McDaid provide a critical assessment of these counter-radicalisation policies upon higher education institutions in the UK making this an invaluable text for students, researchers and policy makers in the field of terrorism studies.
Catherine McGlynn is a Senior Lecturer in Politics at the University of Huddersfield, UK. Her research focuses on Northern Ireland with respect to conflict resolution and party politics. Her last book was Abandoning Historical Conflict? Former Paramilitary Prisoners and Political Reconciliation in Northern Ireland from Manchester University Press (co-authored with Peter Shirlow, Jonathan Tonge and James W. McAuley) which was the Political Studies Association of Ireland Book of the year in 2011.Shaun McDaid is a Senior Lecturer in Politics at the University of Huddersfield, UK. His research and teaching interests include the conflict in Northern Ireland, but also the dynamics of political violence and attempts to prevent it more generally. He is the author of Template for Peace: Northern Ireland, 1972-75 (Manchester University Press, 2013), and is a Fellow of the Royal Historical Society.