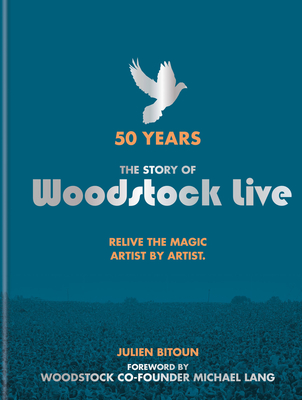 
This title is likely unavailable. Email or call for price and availability.
A complete chronological account of Woodstock, hour by hour, performance by performance. Released to coincide with its 50th anniversary and with a foreword by festival co-founder, Michael Lang.
Foreword by Woodstock co-founder, Michael Lang.
3 days. 33 concerts. 2 deaths. 2 births. 500,000 people. And another 250,000 stuck in traffic trying to get in. Woodstock was a festival like no other. Now, on its 50th anniversary, relive every moment.
Detailed text and evocative photographs tell the full story of every single act that performed - when they took to the stage, what songs they played, who was there, what they were like. From The Who to Hendrix, Jefferson Airplane to Creedence Clearwater Revival, every single second is an experience to enjoy over and over again.
Also includes fascinating features on the stories around Woodstock, from the unique social and political context to the drugs, the free love, the film, the albums and the legacy.
Julien Bitoun is a guitarist, writer and teacher. He writes for several rock and guitar magazines and has published books including Strange Brew and Guitars and Heroes.