Inequality and the Labyrinths of Democracy (Paperback) 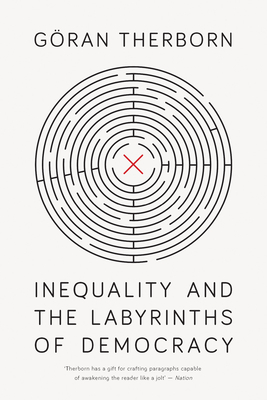 Inequality and the Labyrinths of Democracy (Paperback)


This title is likely unavailable. Email or call for price and availability.
A global panorama of the historical development and contemporary malaise of liberal democracy, from a renowned social theorist.

Barely a century has passed since liberal democracy became established in the majority of advanced capitalist economies. Elsewhere, it is of even more recent vintage. Classical liberalism held universal suffrage a mortal threat to property. So why did it nevertheless come to pass, and how stable today is the marriage between representative government and the continued rule of capital?

People on all continents consider inequality a "very big problem". The Davos Economic Forum and the OECD say they are worried. But capitalist democracies don't respond. How has democracy been transformed from a popular demand for social justice to a professional power game?

These questions are raised, and answered, in Inequality and the Labyrinths of Democracy. Together with an essay on the current situation, it includes a compact global history of 'The Right to Vote and the Four World Routes to/through Modernity' and two landmark essays from New Left Review, 'The Rule of Capital and the Rise of Democracy' and 'The Travail of Latin American Democracy', collected here in book form for the first time.
Göran Therborn is Professor Emeritus of Sociology at the University of Cambridge. His works have been published in at least twenty-four languages and include The Killing Fields of Inequality, From Marxism to Post-Marxism?, Between Sex and Power, and What Does the Ruling Class Do When It Rules?
“A tour de force. Therborn explores the complex relationship between capitalism and democracy with great originality and insight.”
—Colin Crouch, author of Post-Democracy After the Crises

“How much inequality can democracy withstand before it collapses? Göran Therborn addresses this fundamental question and gives us cause to hope for a more egalitarian future”
—Donatella della Porta, author of Where Did the Revolution Go?