Growing Up in Transit: The Politics of Belonging at an International School (Paperback) 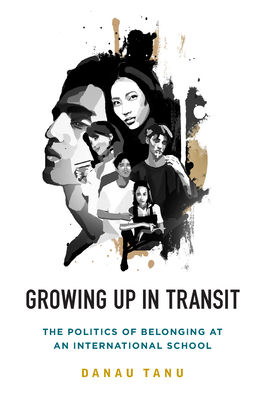 Growing Up in Transit: The Politics of Belonging at an International School (Paperback)

" R]ecommended to anyone interested in multiculturalism and migration.... and] food for thought also for scholars studying migration in less privileged contexts."--Social Anthropology

In this compelling study of the children of serial migrants, Danau Tanu argues that the international schools they attend promote an ideology of being "international" that is Eurocentric. Despite the cosmopolitan rhetoric, hierarchies of race, culture and class shape popularity, friendships, and romance on campus.

By going back to high school for a year, Tanu befriended transnational youth, often called "Third Culture Kids", to present their struggles with identity, belonging and internalized racism in their own words. The result is the first engaging, anthropological critique of the way Western-style cosmopolitanism is institutionalized as cultural capital to reproduce global socio-cultural inequalities.

From the introduction:
When I first went back to high school at thirty-something, I wanted to write a book about people who live in multiple countries as children and grow up into adults addicted to migrating. I wanted to write about people like Anne-Sophie Bolon who are popularly referred to as "Third Culture Kids" or "global nomads." ... I wanted to probe the contradiction between the celebrated image of "global citizens" and the economic privilege that makes their mobile lifestyle possible. From a personal angle, I was interested in exploring the voices among this population that had yet to be heard (particularly the voices of those of Asian descent) by documenting the persistence of culture, race, and language in defining social relations even among self-proclaimed cosmopolitan youth.