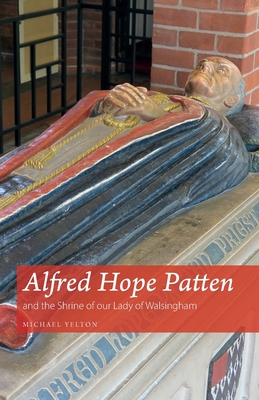 Walsingham, "England's Nazareth", is England's premier place of pilgrimage for Anglicans and Roman Catholics alike, and its appeal continues to expand. The refounding of the eleventh-century Shrine of Our Lady of Walsingham in 1922 looked at the time like an inconsequential piece of neo-medievalism, but the intervening years have vindicated the determination of its founder Alfred Hope Patten to bring his unique vision to reality.

Some eighty years after his death, Hope Patten is now viewed in a way that he never experienced in his lifetime. Not only was he an archetypal Anglo-Catholic priest, but history has judged him to be one of the most significant figures in the Church of England in the twentieth century.

Based on unrestricted access to the archives of the Shrine and now fully revised and updated, this full biography of Hope Patten is once again available. This definitive work on the history of the Shrine and its founder explores Hope Patten's background and ministry as well as many of the myths which he created about himself. It records the struggles he had - personal and financial - to establish his dream in the Norfolk countryside, the failure of his vision in other areas and assesses his lasting legacy to the Church of England.