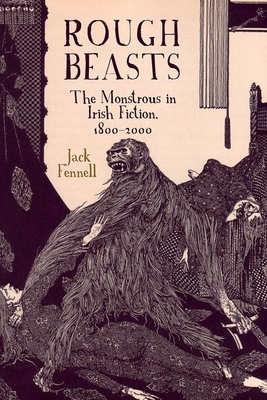 
This title is likely unavailable. Email or call for price and availability.
Monsters and other supernatural malefactors disrupt the human world in distinct ways: werewolves and cunning beasts challenge the philosophical distinction between human and animal; demons offer deceptive pacts to prey upon our delusions of mastery over the world; capricious fairies claim dominion over the landscape and exact disproportionate revenge for our intrusions. When a monster appears, human history must halt until it departs.
Irish history, meanwhile, has been punctured by dramatic ruptures, such as the Great Famine of 1845 to 1849. Monstrous imagery flourishes in these ruptures, so it is hardly surprising that Irish literature boasts a great many rough beasts and ravenous corpses.
In this book, various monsters from Irish literature are considered in different historical contexts, to illustrate the role of horror and monstrosity in Ireland's history and culture. In both English- and Irish-language texts, from the Act of Union to the death of the Celtic Tiger, hordes of night-creatures arise in times of crisis, embodying chaos and absurdity. Building upon the critical framework established in Irish Science Fiction (2014), this study looks at the specific ways in which ghosts, malevolent magicians, shape-shifters, cryptids and the corporeal undead oppose human agency by 'breaking history'.

Jack Fennell is a writer, translator and researcher based in Limerick, Ireland.