OuLiPo and the Mathematics of Literature (Modern French Identities #141) (Paperback) 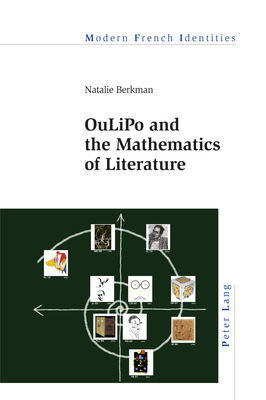 OuLiPo and the Mathematics of Literature (Modern French Identities #141) (Paperback)

This is book number 141 in the Modern French Identities series.

The French literary collective OuLiPo was founded in 1960 with the goal of applying mathematics to literary creation. Comprised of authors, poets, mathematicians, and scientists, this quirky writer's workshop also created some of the first electronic literature and digital humanities work, contributing to mathematics and computer science in the process. Now beginning its seventh decade of existence, Oulipo has outlived every other literary collective of its time, in no small part due to the diversity of its members and its fascinating marriage of mathematics and literature.

OuLiPo and the Mathematics of Literature retraces the historical foundations of this group's unprecedented literary project, putting its first thirty years of archival meeting minutes into conversation with the scientific and mathematical literature that preceded the founding of the group. Through close readings and genetic criticism, this project demonstrates the impact of the group's experimental literary production and how it invites a willing reader to participate in abstract, mathematical thought. Additionally, this book makes use of digital humanities techniques to understand Oulipo's pioneering yet complicated relationship with computer science. This analysis sheds new light on disciplinary questions, suggesting that creative practices can help bridge this artificial divide between the Humanities and STEM fields.