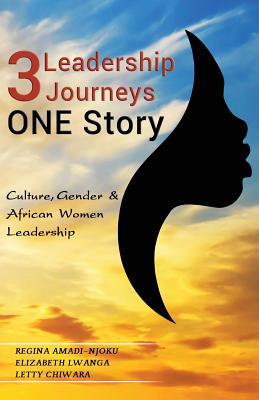 
Available in Warehouse. Wait for Email Confirmation for ETA
This book cannot be returned, cancelled, or exchanged. Please call for availability and pricing
This book examines the impact of culture and gender on African women leadership and, by implication, on the gender equality struggles African women continue to face. The rich and lived experiences of 15 prominent and phenomenal African Women Leaders (AWLs) shed light on their culture and gender-driven challenges. The book is enriched by various stakeholders and actors who have a vested interest in gender equality efforts. Their contributions uncover positive aspects of African culture that promote gender equality, women's leadership, and their partnership with men in the hybrid cultural environment, in Africa and beyond. This book is a great resource for learning and training, for strengthening young women's leadership in Africa, and for promoting sustainable gender-responsive development "This book houses the long-awaited real-life stories of African women in senior leadership positions at the international policy level. It explores the meaning of "African-ness" in an evolving feminist paradigm about leadership and development. In this book, practice meets theory and thereby challenges our age-old thought processes about culture and gender equality and how these affect progress on the African continent. A must-read for current and emerging leaders who want to start a new way of thinking and leading."
-Thelma Awori, Honorary Consul General, Republic of Liberia to the Republic of Uganda and Former Assistant Secretary General, UN/UNDP "It is with great delight that I endorse and commend Culture, Gender and African Women Leadership as a must-read book not only for African males and females but for men and women in all countries of the world. The book is long overdue and has been the missing link to comprehensive Gender Development that has eluded the world for several decades. Some of the African traditional leadership roles, systems, and practices will no doubt excite and encourage today's young African women to take up the mantles of leadership that have been eroded and lost in the past half century. The 3 authors of the book are highly commended for this initiative, which will arouse African men and women to arise, take responsibility, and promote the leadership of African women at local, national, and international levels."
-Dr. Inonge Mbikusita-Lewanika, former Queen Mother (Mukwae Ngula) to the Barotse King; 3-time member of the Zambian Parliament; Zambian Ambassador to USA, Belgium, and the European Union; 2001 candidate for Zambian president "The authors call to attention the importance of culture in development and the fact that, sadly, culture has been either ignored or, in some cases, abandoned through influences such as colonialism and Western patriarchal culture. Yet, they point out, 'Culture drives gender and gender directs leadership'; and, therefore, the dilemma for African leadership. They bring to the fore this missing link in the efforts that have been made towards the equality of men and women, which inevitably has negatively affected the overall development of Africa. The very interesting stories and shared experiences of African women leaders from different walks of life confirm the critical role culture has played in their leadership journeys. The authors, in recognizing the discomfort and resistance that the prevailing 'gender equality' concept still causes for some, and in emphasizing the important role of men in the pursuit of gender equality, are proposing a more all-embracing gender paradigm, one that calls for a new form of gender partnership between men and women. This book, which aims to provide guidance and an easier path to leadership for young women, is a must-read for men and women of all generations who care about the direction of development of our African countries and peoples."
-Professor Amos Sawyer; former interim President of Liberia