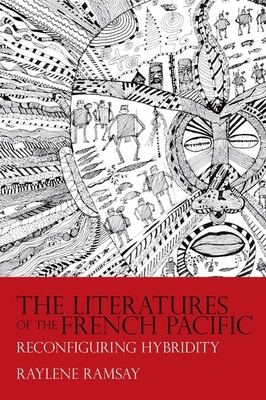 
This title is likely unavailable. Email or call for price and availability.
Hybridity theory, the creative dissemination and restless to-and-fro of Homi Bhabha's Third Space or of Stuart Hall's politics of difference, for example, has opened up understandings of what may be produced in the spaces of cultural contact. This book argues that the particularity of the
forms of mixing in the literatures of the French Pacific country of New Caledonia contest and complexify the characterisations of hybrid cultural exchange. From the accounts of European discovery by the first explorers and translations of the stories of oral tradition, to the writings of settler,
d�port�, convict, indentured labourer and their descendants, and contemporary indigenous (Kanak) literatures, these texts inscribe Oceanian or Pacific difference within and against colonial contexts. In a context of present strategic positioning around a unique postcolonial proposal of common
destiny, however, mutual cultural transformation is not unbounded. The local cannot escape coexistence with the global, yet Oceanian literatures maintain and foreground a powerful sense of ancestral origins, of an original engendering. The spiral going forward continually remembers and cycles back
distinctively to an enduring core. In their turn, the Pacific stories of unjust deportation or heroic settlement are founded on exile and loss. On the other hand, both the desire for, and fears of, cultural return reflected in such hybrid literary figures as D�w� Gorod�'s graveyard of ancestral
canoes and Pierre Gope's chefferie internally corrupted in response to the solicitations of Western commodity culture, or Claudine Jacques' lizard of irrational violence, will need to be addressed in any working out of a common destiny for Kanaky-New Caledonia.
Professor Raylene Ramsay is Director of the French Pacific Research Centre at the University of Auckland and the editor of Nights of Storytelling: a Cultural History of Kanaky/New Caledonia (University of Hawaii Press, 2011).