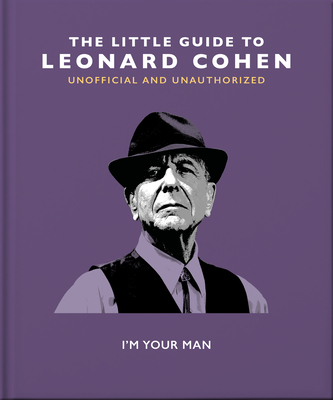 This is book number 14 in the Little Book Of... series.

A legend in music, with a career that spanned five decades, Cohen was globally renowned, praised and acclaimed for his poetry, novels, lyrics and artistic work.

Cohen's most famous song, "Hallelujah" has been covered by such artists as John Cale, Rufus Wainwright and Jeff Buckley and performed by almost 200 artists in various languages. Born Jewish and ordained as a Zen Buddhist monk, he was forced back on the road after his manager embezzled all his money, but this gave him a new lease of life and exposure to a new generation. He released three albums in the final four years of his life with another released posthumously to make 15 studio albums in all.