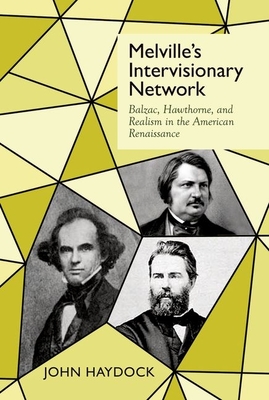 
This title is likely unavailable. Email or call for price and availability.
The romances of Herman Melville, author of Moby-Dick and Billy Budd, Sailor, are usually examined from some setting almost exclusively American. European or other planetary contexts are subordinated to local considerations. But while this isolated approach plays well in an arena constructed on
American exclusiveness, it does not express the reality of the literary processes swirling around Melville in the middle of the nineteenth century. A series of expanding literary and technological networks was active that made his writing part of a global complex. Honor� de Balzac, popular French
writer and creator of realism in the novel, was also in the web of these same networks, both preceding and at the height of Melville's creativity. Because they engaged in similar intentions, there developed an almost inevitable attraction that brought their works together. Until recently, however,
Balzac has not been recognized as a significant influence on Melville during his most creative period. Over the last decade, scholars began to explore literary networks by new methodologies, and the criticism developed out of these strategies pertains usually to modernist, postcolonial, contemporary
situations. Remarkably, however, the intertextuality of Melville with Balzac is quite exactly a casebook study in transcultural comparativism. Looking at Melville's innovative environment reveals meaningful results where the networks take on significant roles equivalent to what have been
traditionally classed as genetic contacts. Intervisionary Network explores a range of these connections and reveals that Melville was dependent on Balzac and his universal vision in much of his prose writing.
John Haydock is Associate Professor of English, Georgia Gwinnett College, Lawrenceville GA USA.