Towards an Independent Wales (Paperback) 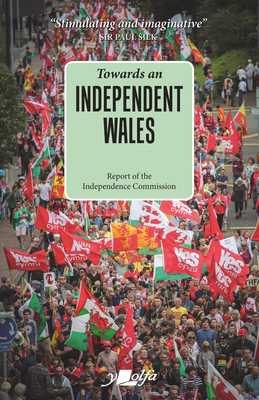 Towards an Independent Wales (Paperback)


This title is likely unavailable. Email or call for price and availability.
With its own Senedd and legislative powers, Wales is already on a journey towards independence. This report charts the next steps.

It recommends that an independent Wales should seek membership of the European Union and suggests a provisional step might be membership of European Free Trade Area. Arguing that independent countries must establish collaborative arrangements with their neighbors, it recommends that Wales explores a confederal relationship with England and Scotland.

It proposes improvements to the operation of the Welsh Government and the civil service, points the way to drawing up a Welsh Constitution, and sets out a framework for a Self-Determination Bill to take the independence process forward. A key recommendation is the establishment of a statutory National Commission, tasked with giving the people of Wales a clear understanding of their political future. Citizens' Assemblies drawn from across the spectrum of Welsh life would have a vital input. There would then be an exploratory referendum on a range of constitutional options. The result should be used to persuade the UK Government to agree to a further binary referendum. The Welsh people would then make their decision between the status quo and the preferred choice expressed in the first referendum.