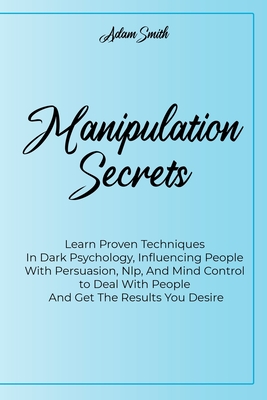 Dark Psychology and Manipulation are terms that describe the process of exploiting vulnerabilities in the human psyche to induce specific emotional states. This is done intentionally to persuade people to serve your needs.

Many people use manipulation, but few understand how it works. Manipulation is based on the idea that we are more influenced by our emotions than by our intellect.

When a person knows how to manipulate others, they can gain power over them. If you want to learn about manipulation, you need to understand the psychology behind it. For the purpose of this article, let's assume that it is about power and authority. The core principles of manipulation can be broken down into two categories: Dark Psychology and Self-Serving Behavior. Dark Psychology is based on the idea that when you are in power, you are more influenced by your emotions than by your intellect. Self-Serving Behavior refers to the idea that when a person is in a position of authority or prestige, they are more likely to act in their own self-interest.

Most people are aware that information warfare has been taking place for some time now. It has been used to separate people from their money, to desensitize them, and to incite anger and outrage against their neighbors.

Buy it NOW and get addicted to this amazing book