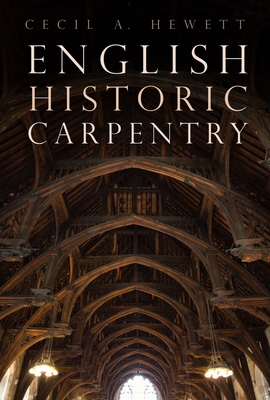 By Cecil A. Hewett


Available for Pre-Order Now
The definitive work on English carpentry that helps reveal the rich history of woodworking in the country. Using a vast trove of images, English Historic Carpentry documents the structure of the world's greatest timber buildings, and shows how the framer's craft has evolved over the past 1,000 years.

The late Cecil A. Hewett, of Laindon, Basildon, was an influential figure in the area of English carpentry. It was due to his hard work and often lone campaign that effort was made to date wooden structures in England, which previously had been automatically dated to the fifteenth century. In fact, many were far older and more significant than had been assumed. Publishing many works before his death in 1998, English Historic Carpentry is considered his seminal work.