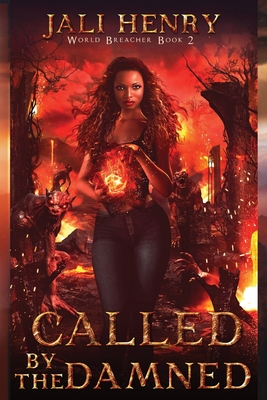 How do you kill a demon who is already dead?

When apprentice teen sorcerer, Naledi, stopped a demon prince from taking over the world, she became public enemy number one - in Hell.

Left humiliated, former Arch Principal Demon, the Countess, is out for revenge. Her tentacles extend onto Earth and she won't stop until Naledi is dead. But that's okay. Naledi can just use her badass magical powers to go to Hell and stop her, right?

Wrong. The Countess is also a sorceress and way better at it than Naledi. As if that's not enough, when Naledi gets trapped in Hell by the Countess' magic, she's on her enemy's home turf, with nowhere to hide.

All Naledi has to do is master her powers and kill the Countess, before the Countess kills her. But how is that even possible? Especially when the Countess' best buddy is another demon prince whose plans for universal domination are even worse than the last guy's. Plus, the Countess can't be killed in Hell because she's kind of already dead...