The Poetry of W. B. Yeats: Deluxe Slipcase Edition (Hardcover) 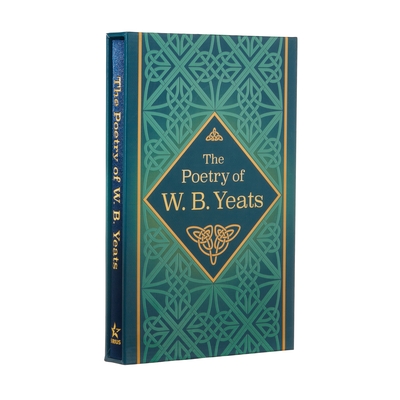 The Poetry of W. B. Yeats: Deluxe Slipcase Edition (Hardcover)

The world is full of magic things, patiently waiting for our senses to grow sharper. - W.B. Yeats

This beautiful silkbound hardback contains the complete poetic works of W.B. Yeats. One of Ireland's greatest writers, Yeats helped to revive the fortunes of Irish literature through his poetry. Ranging from enchanted tales of dreamlike beings to impassioned polemics, the Irish bard leads you through the irresistible landscape of Ireland - past, present and future - while his magical works cast a lasting spell. Presented in a stylish slipcase, this deluxe gift edition features gold foil embossing and elegant full-color illustrations which perfectly compliment his enchanting poems. ABOUT THE SERIES: The Arcturus Silkbound Classics series brings together deluxe gift editions of literary classics, presented with luxurious silk binding, striking embossed cover designs and full-color illustrations.
William Butler Yeats (1865-1939) was a poet, writer, and one of the mainstays of the British and Irish literary scenes. In 1923 he became the first Irishman awarded the Nobel Prize. He spent two terms serving as a senator in Ireland and, as an Irish nationalist, he spent a brieftime in the Irish Republican Brotherhood. He distanced himself from the movement before the Easter Rising of 1916, choosing instead to focus on his literary pursuits.