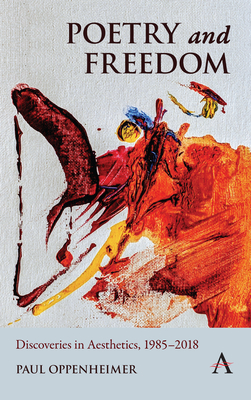 This book offers a ground-breaking exploration of the aesthetics of poetic freedom. The range is broad, from antiquity to the present and from Europe and the Middle East into the poetry of the English-speaking world. Silent reading is shown as developing for the first time since the fall of the Roman Empire into a fashionable way of reading, starting with the invention of the sonnet in the High Middle Ages. The social use of the word "we," as when a society generalizes about itself, first appears in poetry in T.S. Eliot's "The Love Song of J. Alfred Prufrock." In Goethe's "Roman Elegies" anachronism becomes a literary device--also, it seems, for the first time--introducing a novel timelessness essential to modern affirmations of infinity.

Revealing questions about the elusiveness of poetic freedom--what does the term actually mean?--are repeatedly tested against the accomplishments of major poets such as Whitman, Dickinson, Rilke, Dante and Virgil, and their public yet intensely private originality. The result is a fresh, and well-nigh revolutionary, way of seeing literary and modern history, or an initiation into the more striking gift of aesthetic freedom.

Paul Oppenheimer is a professor of comparative literature and english at The City College and The Graduate Center of the City University of New York.