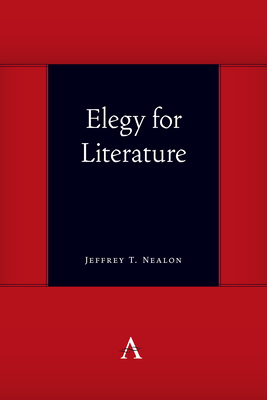 With the seemingly unshakeable ground of literature having suffered a number of near-fatal hemorrhages due to the changing mediascape and the temblors of 2008 and 2020, the author suggests for the future of literary studies: Not Theory of Literature, but Literature as Theory. Not literary studies as putting on offer familiarity with a series of privileged literary texts and their prized cultural "meaning," nor transmuting theory into one of those canonical texts, but literary studies as a kind of theoretical orientation, a series of modes of response or ways of doing things.

The external threats for literary study today are easy enough to recognize - the pressure from above exerted by downsizing administrators and neoliberal apologists who see literary study as frivolous at best, dangerous to the university's new vocational mission at worst. The academic study of literature requires an elegy primarily because its object doesn't unproblematically exist anymore: which is to say, we have to come to terms with the fact that there is not (and never has been) a way to locate what literature is, or what it can do, without the preexisting condition of a theoretical orientation. Literature as an autonomous object of inquiry is dead. Long live theory.

Jeffrey T. Nealon is Edwin Erle Sparks Professor of English and Philosophy at Penn State University. He is author of numerous books in literary and social theory.