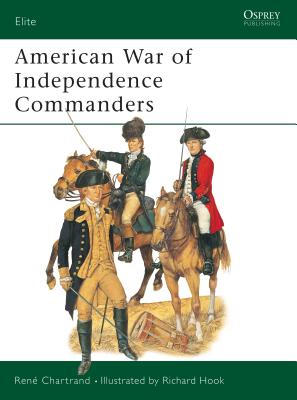 This is book number 93 in the Elite series.

The commanders who led the opposing armies of the American War of Independence (1775–1783) came from remarkably different backgrounds. They included not only men from Britain and America, but from Germany, France and Spain as well. Some were from the great families of the "Old World," while others were frontiersmen or farmers in the "New World." Despite their differing origins, all were leaders in the events that led to the establishment of the United States of America. This book details the appearance, careers and personalities of the commanders on both sides. It covers such famous figures as George Washington and Lord Cornwallis along with less well-known men such as Admiral Suffren and Bernando de Galvez.

Richard Hook is an internationally acclaimed artist, renowned for his paintings of Native American culture.