The Legend of the Grail (Arthurian Studies #58) (Paperback) 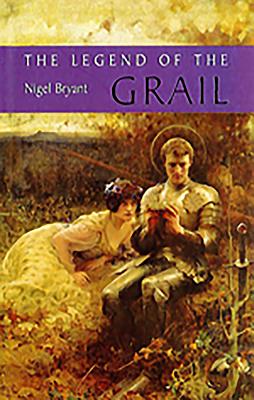 The Legend of the Grail (Arthurian Studies #58) (Paperback)

This is book number 58 in the Arthurian Studies series.

The Grail legends have been appropriated by novelists as diverse as Umberto Eco and Dan Brown yet very few have read for themselves the original stories from which they came. All the mystery and drama of the Arthurian world are embodied in the extraordinary tales of Perceval, Gawain, Lancelot and Galahad in pursuit of the Holy Grail. The original romances, full of bewildering contradictions and composed by a number of different writers, dazzle with the sheer wealth of their conflicting imagination. In Nigel Bryant's hands, this enthralling material becomes truly accessible. He has constructed a single, consistent version of the Grail story in modern English which reasserts its relevance as one of the great and enduring works of literature. NIGEL BRYANT's previous Arthurian books include The High Book of the Grail (Perlesvaus), Chretien de Troyes' Perceval and its Continuations, and Robert de Boron's Merlin and the Grail.