A Perceforest Reader: Selected Episodes from Perceforest: The Prehistory of Arthur's Britain (Paperback) 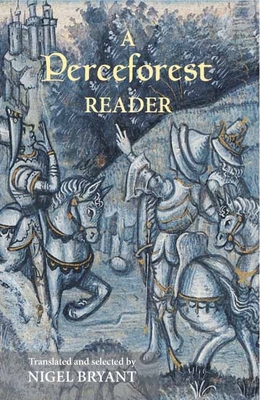 A Perceforest Reader: Selected Episodes from Perceforest: The Prehistory of Arthur's Britain (Paperback)


Available in Warehouse. Wait for Email Confirmation for ETA
Perceforest is one of the largest and certainly the most extraordinary of the late Arthurian romances, and is almost completely unknown except to a handful of scholars. But it is a work of exceptional richness and importance, and has been justly described as "an encyclopaedia of 14th-century chivalry" and "a mine of folkloric motifs". Its contents are drawn not only from earlier Arthurian material, but also from romances about Alexander the Great, from Roman histories and from medieval travel writing - not to mention oral tradition, including as it does the first and unexpurgated version of the story of the Sleeping Beauty. Out of this, the author creates a remarkable prehistory of King Arthur's Britain, describing how Alexander the Great gives the island to Perceforest, who has to purge the island of magic-wielding knights descended from Darnant the Enchanter, despite their supernatural powers. Perceforest then founds the knightly order of the "Franc Palais", an ideal of chivalric civilisation which prefigures the Round Table of Arthur and indeed that of Edward III; but that civilisation is, as the author shows, all too fragile. The action all takes place in a pagan world of many gods, but the temple of the Sovereign God, discovered by Perceforest, prefigures the Christian world and the coming of the Grail and Arthur.
Nigel Bryant has recently adapted this immense romance into English; even in his version, which gives a complete account of the whole work but links extensive sections of full translation with compressed accounts of other passages, it runs to nearly half amillion words.
A Perceforest Reader is an ideal introduction to the remarkable world portrayed in this late flowering of the Arthurian imagination.