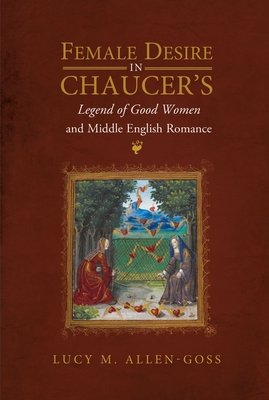 
Available in Warehouse. Wait for Email Confirmation for ETA
This book cannot be returned, cancelled, or exchanged. Please call for availability and pricing
In both medieval and modern contexts, women who do not desire men invite awkward silences. Men's dissident sexual practices have been discussed energetically by writers of law and religion, medicine and morality; reams of medieval texts are devoted to horrified or fascinated references to men's deviant intimacies with men. Yet women - despite the best efforts of recent scholars - remain at the margins of this picture, especially in studies of literature.
This book aims to re-centre female desire. Identifying a feminine or lesbian hermeneutic in late-medieval English literature, it offers new approaches to medieval texts often denigrated for their omissions and fragmentation, their violence and uneven poetic texture. The hermeneutic tradition Chaucer inherited, stretching from Jerome to Jean de Meun, represents female bodies as blank tablets awaiting masculine inscription, rather than autonomous agents. In the Legend, Chaucer considers the unspoken problem of female desires and bodies that resist, evade, and orient themselves away from such a position.
Can women take on hermeneutic authority, that phallic capacity, without rendering themselves monstrous or self-defeating? This question resonates through three Middle English romances succeeding the Legend: the alliterative Morte Arthure, the Sowdone of Babylon, and Undo Your Door. With combative innovation, they repurpose the hermeneutic tradition and Chaucer's use of it to celebrate an array of audacious female desires and embodiments which cross and re-cross established categories of masculine and feminine, licit and illicit, animate and inanimate. Together, these texts make visible the desires and the embodiments of women who otherwise slip out of visibility, in both medieval and post-medieval contexts.