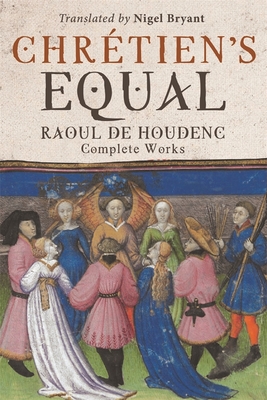 
Available in Warehouse. Wait for Email Confirmation for ETA
This book cannot be returned, cancelled, or exchanged. Please call for availability and pricing
The writers of later romances deemed Raoul's work worthy of memory on a par with the Prose Lancelot, and placed Raoul and Chr tien on the same level in terms of authority. Raoul de Houdenc was a major and innovative figure in 13th-century French literature. His surviving works are unusually diverse: they include an impassioned tract about the values of chivalry (The Romance of the Wings), two superbly crafted Arthurian romances (Meraugis of Portlesguez and The Avenging of Raguidel), and a swingeing polemic against declining standards especially among the bourgeoisie (The Burgess's Burgeoning Blight). And with his hugely influential satire The Dream of Hell he was the very first to compose allegory in the vernacular, mastering to perfection the art of parody and the unexpected. After a long period of neglect Raoul is finally receiving the scholarly attention he deserves, and this is the first translation into English of his complete surviving works. The Avenging of Raguidel 'must surely be counted as one of the most fascinating and innovative of the French Gawain romances' - Norris J. Lacy.