The FARC: The Longest Insurgency (Paperback) 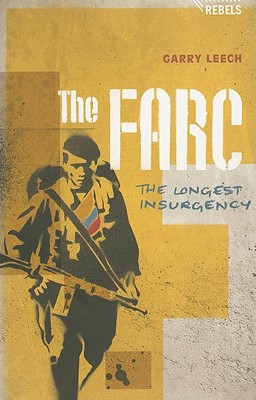 The FARC: The Longest Insurgency (Paperback)

"Using original sources and key interviews, this book serves as an invaluable guide that places the FARC, Latin America's oldest and largest insurgency movement, in its political, economic and strategic context." -- Dr. Doug Stokes, University of Kent at Canterbury "You may disagree with this book. But whether you believe that the FARC are terrorists, drug traffickers, the armed poor, freedom fighters, or just a group that has lost its way, Garry Leech's history of the guerrillas will make you view them differently - and may change your view of Colombia's long conflict and how it can be brought to an end. The FARC acknowledges and addresses the many deserved criticisms leveled at Latin America's oldest insurgent group, and seeks to explain what continues to motivate it today. Whether you think the FARC should be fought, negotiated with, or both, Leech's book is an essential text. There's nothing like it in English." - Adam Isacson, Director of the Regional Security Policy Program at the Washington Office on Latin America