Waterloo: The Defeat of Napoleon's Imperial Guard: Henry Clinton, the 2nd Division and the End of a 200-Year-Old Controversy (Hardcover) 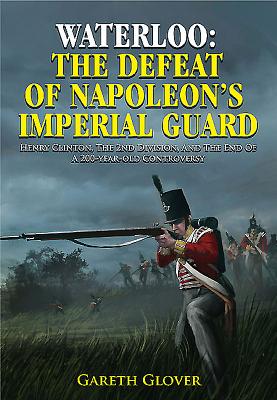 Waterloo: The Defeat of Napoleon's Imperial Guard: Henry Clinton, the 2nd Division and the End of a 200-Year-Old Controversy (Hardcover)


This title is likely unavailable. Email or call for price and availability.
This is the most detailed account of the 2nd Division at Waterloo ever published. It is based on the papers of its commander Sir Henry Clinton and it reveals for the first time the previously unrecognized vital role this division made in the defeat of Napoleon. It explains how the division was placed ahead of the main allied squares thus impeding the charges of the French cavalry, and how the 2nd Division supported the defense of Hougoumont, considered by the Duke of Wellington as the key to his victory on 18 June 1815.

Perhaps the most significant aspect of this book is the description of the defeat of Napoleon's Imperial Guard. Just who and how the incomparable Guard was stopped and then driven from the battlefield is explained in detail. Once and for all, this 200-year controversy is finally resolved.