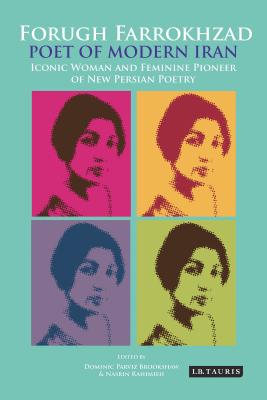 The pioneering Iranian poet and filmmaker Forugh Farrokhzad was an iconic figure in her own day and has come to represent the spirit of revolt against patriarchal and cultural norms in 1960s Iran. Four decades after her tragic death at the age of 32, Forugh Farrokhzad, Poet of Modern Iran brings her ground-breaking work into new focus. During her lifetime Farrokhzad embodied the vexed predicament of the contemporary Iranian woman, at once subjected to long-held traditional practices and influenced by newly introduced modern social sensibilities. Highlighting her literary and cinematic innovation, this volume examines the unique place Farrokhzad occupies in Iran, both among modern Persian poets in general and as an Iranian woman writer in particular. The authors also explore Farrokhzad's appeal outside Iran in the Iranian diasporic imagination and through the numerous translations of her poetry into English. It is a fitting and authoritative tribute to the work of a remarkable woman which will introduce and explain her legacy for a 21st-century audience.

Dominic Parviz Brookshaw is a Lecturer in Persian Studies and Iranian Literature at the University of Manchester. He has also held positions at McGill University, Canada, and the University of Oxford. His other publications include 'Hafiz and his Contemporaries: A Study of Fourteenth-century Persian Love Poetry' (Tauris Academic Studies) and, with Seena B. Fazel, he edited 'The Baha'is of Iran: Socio-historical Studies'. Nasrin Rahimieh is Maseeh Chair and Director of the Samuel M. Jordan Center for Persian Studies and Culture and Professor of Comparative Literature at the University of California, Irvine.

"The epitome of what the Islamic Republic wanted to eradicate, Farrokhzad is now the Iranian equivalent of a rock star." --  Washington Post