Legends of Alexander the Great (Paperback) 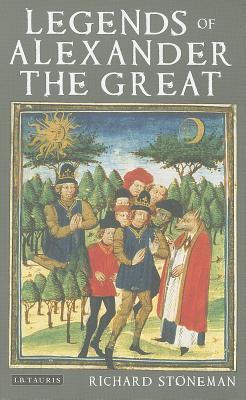 Legends of Alexander the Great (Paperback)

'How can a man become a god?' So enquired Alexander the Great of the Brahmin sages of India. And how did they reply? 'By doing what it is impossible for a man to do.' And that answer set a keynote for the Conqueror's entire career, which was characterized throughout by Alexander's attempts to achieve the unachievable: to scale the fresh heights and make the incredible real and tangible on earth. He wrestled an Indian monster larger than an elephant, fought ants the size of foxes and contested bats with human teeth. He became a Jewish convert, sailed up the Ganges and visited the Earthly Paradise. Already a legend in his own lifetime, the glittering figure of Alexander preoccupied European, Jewish and Arabic folklore until the 15th century. Richard Stoneman, who is one of his leading modern interpreters, here presents a range of Greek and Latin texts which recount the Conqueror's adventures in the east. Essential reading for students of late antique and medieval literature, these stories are still unsurpassed for sheer entertainment, opening a window onto a rumbustious world of legend as rich as that of the Arabian Nights.
This revised edition offers a substantial new introduction by the editor.
Richard Stoneman was formerly Publisher of Classics at Routledge. Now an Honorary Fellow in Classics at the University of Exeter, his many books in the field of classical antiquity include Land of Lost Gods (1987), Palmyra and its Empire (1993), A Traveller's History of Turkey (1993) and Alexander the Great: A Life in Legend (2007), which was named by Choice mazagine as an Outstanding Academic Title for 2008.

"Each major text is interesting in its own right.. Stoneman's translations are all of a very high quality.. The Legends of Alexander the Great is to be highly recommended." - Bryn Mawr Classical Review