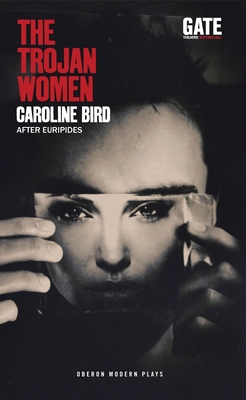 By Euripides, Caroline Bird (Adapted by)


Available in Warehouse. Wait for Email Confirmation for ETA
The war is over. Beyond the prison walls, Troy and its people burn. Inside the prison, the city's captive women await their fate. But their grief at what has been before will soon be drowned out by the horror of what is to come, as the Greek lust for vengeance consumes everything - man, woman and baby - in its path. This caustic and radical new version of Euripides' classic tragedy comes from one of the UK's most exciting young poets, Caroline Bird. It is an intense, gripping look at what happens when the world collapses.
Caroline Bird has been shortlisted for the Dylan Thomas Prize twice & has also won an Eric Gregory Award (2002), the Foyle Young Poet of the Year award two years running (1999, 2000), was a winner of the Poetry London Competition in 2007, and the Peterloo Poetry Competition in 2004, 2003 and 2002. Caroline was on the shortlist for Shell Woman Of The Future Awards 2011. Caroline's poems have been published in several anthologies, including Oxford Poetry 2008, and are published regularly in PN Review, Poetry Review, The North magazine. A member of the Royal Court Young Writers Programme, Caroline is also a playwright. In 2011, Caroline's contribution was included in Bush Theatre's project Sixty-Six Books.