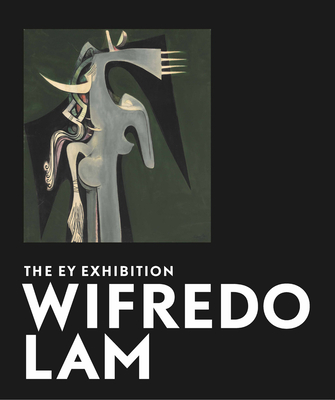 
This title is likely unavailable. Email or call for price and availability.
One of the most important figures in global modernism, Cuban artist Wifredo Lam (1902–1982) traveled extensively in Europe in the 1930s, where he intersected with many of the 20th century’s greatest artists, most significantly Picasso. He returned to Cuba in 1942, where he nurtured his personal connection to Afro-Cuban iconography and spirit, combining modernism with the vitality and force of the native culture. Initially viewed as “dangerously savage,” his work is now recognized as essential viewing among his contemporaries. A major retrospective at Tate Modern showcases his singular career from the 1930s to the 1970s, with particular focus on his first encounter with Picasso in 1938 to his return to Europe in 1952. Dazzlingly illustrated with more than 300 works, including paintings, drawings and photographs, this beautiful book celebrates the life and creative contribution of a remarkable artist.
Catherine David is codirector of the Musée National d’Art Moderne.
Matthew Gale is curator of modern art and head of displays at Tate Modern.
Kobena Mercer is professor of History of Art and African American Studies at Yale University.