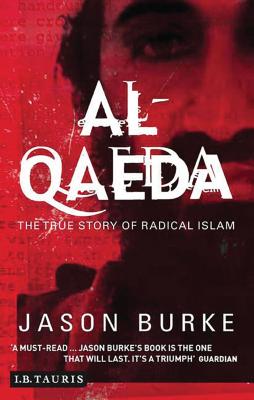 
This title is likely unavailable. Email or call for price and availability.
On a hot summer's day in 1996 a plane carrying Osama bin Laden and a few friends and family landed at a runway just outside the eastern Afghan city of Jalalabad. The Saudi-born Islamic activist had little equipment, few followers and minimal local support. Yet within five years he had built an organisation that was to carry out the most shocking and devastating terrorist attack in history. 'Al-Qaeda' is now the most over-used and misunderstood term in the media. In Arabic, it is simply an abstract noun, meaning 'resource', 'network' or 'base'. In the West, it symbolises the greatest threat to global security: though its Afghan training camps have now been reduced to dust, no one believes that al-Qaeda was destroyed with them. But what is al-Qaeda? Is it a disciplined, motivated, structured terrorist organisation led by a single criminal mastermind or no more than an idea, a language in which angry young Muslim men can articulate their rage? Bin Laden's aim to provoke conflict between militant Islam and the West appears closer to fulfilment than ever. But is al-Qaeda the catalyst of this conflict, or merely a symbol of it? Drawing on his unparalleled experience Jason Burke provides.
Jason Burke is the prize-winning Chief Reporter for The Observer, London. He has spent the last five years in Afghanistan, Pakistan and the Middle East, on the trail of Osama bin Laden and his followers.

"An accurate analysis...an informative book."-- Albert Smith, The Irish Independent
"A must-read...Burke's sophisticated view of Al-Qaeda is convincing. Burke's book is the one that will last. It's a triumph."--Giles Foden, The Guardian
"This book is an eye-opener... authoritative and detailed"--Hazhir Teimourian, The Literary Review
"This young, impassioned journalist has made an important contribution to the growing literature on al Qaeda."-Jeff Stein, Washington Post Book World
"He has given us an indispensable guide to the multidimensional reality of Al-Qaeda"-- John Gray, New Statesman
"...more lively and powerful than most of the recent books on the subject."--Publishers Weekly
"...Burke has taken the time to sort it out...compulsory reading for Rumsfeld and his clique."--Sam Kiley, The Evening Standard (UK)
"Fascinating...packed full with totally new material."--Gilles Kepel, author of Jihad: The Trail of Political Islam
"...a book which vastly increases our understanding of the Al-Qaeda phenomenon. Burke writes with admirable lucidity and the benefit of his frontline reporting and deep research."--Peter Bergen, author of Holy War, Inc.


"...a book which vastly increases our understanding of the Al-Qaeda phenomenon. Burke writes with admirable lucidity and the benefit of his frontline reporting and deep research."