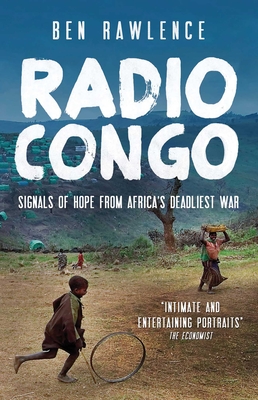 In this extraordinary debut – called ‘gripping’ by The Times of London – Ben Rawlence sets out to gather the news from a forgotten town deep in Congo’s ‘silent quarter’ where peace is finally being built after two decades of civil war and devastation. Ignoring the advice of locals, reporters, and mercenaries, he travels by foot, bike, and boat, introducing us to Colonel Ibrahim, a guerrilla turned army officer; Benjamin, the kindly father of the most terrifying Mai Mai warlord; the cousins Mohammed and Mohammed, young tin traders hoping to make their fortune; and talk show host Mama Christine, who dispenses counsel and courage in equal measure. From the ‘blood cheese’ of Goma to the decaying city of Manono, Rawlence uncovers the real stories of life during the war and finds hope for the future.
Ben Rawlence is a senior researcher on Africa for Human Rights Watch. He has written for the Guardian, Prospect, London Review of Books, and others and contributed to BBC Radio 4. He studied Swahili and history at the University of London and received his master's in international relations from the University of Chicago. He lives in London.
"A compelling debut."
— The Bookseller

"Rawlence gets under Congo's skin… He makes a self-effacing guide with a necessary sense of the ridiculous, an eye for the telling detail and a talent for evocative description. But it is his closeness to the Congolese that really stands out."
— The Times

“Intrepid and undaunted by hazards that would send most journalists scurrying back to the bar of their hotel, Rawlence gets far deeper into the life of this war-torn country than most.”
— Adam Hochschild - author of Bury the Chains, Half the Way Home and King Leopold's Ghost

"Lucid, laconic, and elegantly written.”
— Michela Wrong - author of In the Footsteps of Mr Kurtz