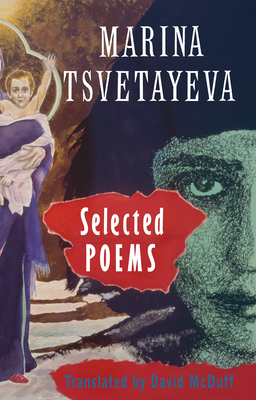 
Available in Warehouse. Wait for Email Confirmation for ETA
During the Stalin years Russia had four great poets to voice the feelings of her oppressed people: Pasternak, Akhmatova, Mandelstam and Marina Tsvetayeva. The first two survived the terror, but Mandelstam died in a camp and Tsvetayeva was driven to hang herself in 1941. This comprehensive selection of Tsvetayeva's poetry includes complete versions of all her major long poems and poem cycles: Poem of the End, An Attempt at a Room, Poems to Czechia and New Year Letter. It was the first English translation to use the new, definitive Russica text of her work. It also includes additional versions ascribed to F.F. Morton which first appeared in The New Yorker: these rhyming translations are actually the work of Joseph Brodsky (who lived at 44 Morton Street in New York).
Marina Tsvetaeva (also Tsvetayeva and Cvetaeva) was born in Moscow in 1892. Her father was a professor and founder of the Museum of Fine Arts, and her mother, who died of tuberculosis when Marina was 14, was a concert pianist. At the age of 18 she published her first collection of poems, Evening Album. Tsvetayeva's life coincided with turbulent years in Russian history. She married Sergei Efron in 1912; they had two daughters and later one son. Efron joined the White Army, and Tsvetayeva was separated from him during the Civil War. She had a brief love affair with Osip Mandelstam, and a longer relationship with Sofia Parnok. During the Moscow famine, Tsvetayeva was forced to place her daughters in a state orphanage, where the younger, Irina, died of hunger in 1919. In 1922 she emigrated with her family to Berlin, then to Prague, settling in Paris in 1925. In Paris, the family lived in poverty. Sergei Efron worked for the Soviet secret police, and Tsvetayeva was shunned by the Russian expatriate community of Paris. Through the years of privation and exile, poetry and contact with poets sustained Tsvetayeva. She corresponded with Rainer Maria Rilke and Boris Pasternak, and she dedicated work to Anna Akhmatova. In 1939 Tsvetayeva returned to the Soviet Union. Efron was executed, and her surviving daughter was sent to a labour camp. When the German army invaded the USSR, Tsvetayeva was evacuated to Yelabuga with her son. She hanged herself there on 31 August 1941. Bloodaxe publishes two editions of her work: David McDuff's translation, Selected Poems, first published in 1987 (when Tsvetayeva was the preferred transliteration), and Angela Livingstone's translation of her essays, Art in the Light of Conscience, first published in 1982 and republished by Bloodaxe in 2010 (as Tsvetaeva).