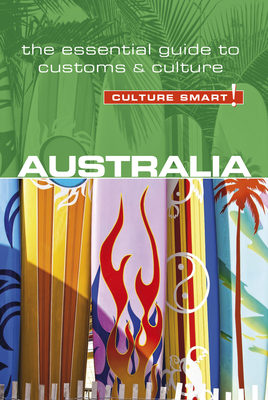 
This title is likely unavailable. Email or call for price and availability.
Australia is different—a vast island-continent with distances so great that the capital of Western Australia is closer to Singapore than it is to Sydney. The landscape embraces magnificent tropical rainforests and deserts the size of several European states; temperate areas that sustain a flourishing wine industry, making Australia the world’s fourth largest wine exporter; a sixteen-thousand-mile coastline of breathtaking beaches; and its unique fauna is testament to the country’s “down-underness.”

Indigenous Australians have inhabited the continent for more than fifty thousand years, yet European settlement is just over two hundred years old. Since the end of the Second World War the country has opened its doors to a hugely diverse immigrant population and slowly shaken off the mantle of British influence, transforming what was perhaps one of the dullest nations into one of the most stimulating. The Australians’ old settler mentality—regarding themselves as “battlers,” and embarrassed by their lack of sophistication—has given way to a new national confidence. The achievements of Australia’s artists, sportspeople, entertainers, scientists, and businesspeople puts them on the global stage. Despite the diversity of ethnicities there is a pervasive homogeneity among Australians: a generosity of spirit and a forthrightness, sometimes disarming for the visitor. A sense of fairness and equality is valued, as is the ability not to take oneself too seriously.

Culture Smart! Australia introduces you to a young nation with one of the world’s highest standards of living, “where people work to live” in order to enjoy a lifestyle that many across the globe covet, and in which Australians take great pride (and don’t mind telling you about).
Barry Penney is an Australian teacher, trainer, and management executive. A graduate of the University of Adelaide and the Australian Administrative Staff College, Victoria, he has lived and worked in the United States, Britain, and Turkey. On returning to Australia he became a Fellow of the Australian Institute of Management. Gina Teague is a consultant, trainer, and writer on cross-cultural management, international relocation, and global career development. Born in the United Kingdom, she has lived and worked in France, Spain, Brazil, the USA, and Australia. A cofounder of Isis Group International, an intercultural training company, she now lives in Sydney, Australia.