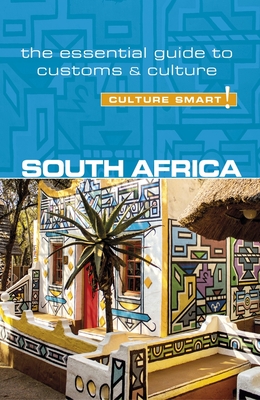 
Backordered - ETA Unknown
South Africa has been described as “A World in One Country” and a “Rainbow Nation.” Its landscape ranges from miles of glorious beaches to the inland desert of the Karoo, the sweeping grasslands of the Highveld plateau, and the subtropical bush of the Lowveld. Its ethnic makeup is equally varied. There are eleven official languages, nine major black African tribes, two major white tribes, as well as a representation of all the world’s major religions. It has a free market economy while communists share in government; one of the world’s most liberal constitutions and a deeply patriarchal society; and very rich and very poor people coexisting. South Africa has come through fire, and although there is still considerable heat, it is doing pretty well. This insiders’ guide will introduce you to the universal warmth and cultural diversity of its people, explain the backdrop of their troubled past, and familiarize you with their everyday life so that you’ll feel comfortable whether you’re invited to a shack in the townships, a mansion in the suburbs, or a braai on the beach. You’ll learn how to stay safe in potentially dangerous areas, and you’ll know where to go if you want to feel like the only person on the planet.
Isabella Morris is an award-winning South African writer and teacher who has contributed to mainstream South African newspapers such as The Sunday Independent and The Citizen. Her published works include novels, poetry, and short stories.