The Petrie Collection of the Ancient Music of Ireland (Paperback) 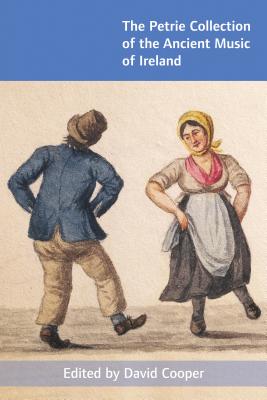 The Petrie Collection of the Ancient Music of Ireland (Paperback)


Available in Warehouse. Wait for Email Confirmation for ETA
First published in 1855, George Petrie's The Petrie Collection of the Ancient Music of Ireland, is widely regarded as one of the most important nineteenth-century collections of traditional Irish music. It contains nearly two hundred melodies collected by Petrie as well as song texts in Irish and English and detailed notes by Petrie about the sources of the songs or pieces. The collection, which was originally published under the auspices of the Society for the Preservation and Publication of the Melodies of Ireland, has been out of print for many years and the few remaining copies are now extremely rare collector's items.

This new edition contains all of Petrie's original text, the melodies and his introduction. The text is prefaced with an illuminating biographical essay which positions the collection in the context of Petrie's life, his work and within the broader field of Irish traditional music. In Petrie's 1855 collection, he provides piano accompaniments written by his daughter for the melodies. As these are stylistically inappropriate, the melodies are returned to the form in which Petrie notated them, by reference to Stanford's The Complete Collection of the Ancient Music of Ireland as Noted by George Petrie (1789-1866) and the original manuscripts held in the National Library of Ireland. This new edition also contains a completely reset version of the text in which the Irish spelling has been modernized and a standard font adopted. The new edition of this book will form an invaluable addition to the bookshelves of both students and performers of Irish traditional music.