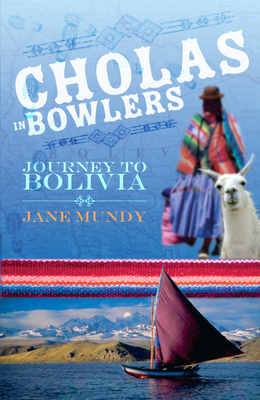 In the middle of Jane Mundy's 59th year, many years divorced and contentedly single, she signed up for a course to become a volunteer support worker for newly arrived refugees. There she met the man of her dreams. Less than six months later she packed up her life and took off with him to the other side of the world -- Bolivia! She hardly knew Graham and she had barely heard of Bolivia, but somehow it felt exactly right. Cholas in Bowlers paints a vivid picture of life in Bolivia, a nation with a turbulent political history and the highest indigenous population of any South American country. 'Nothing is slick here, nothing fancy, nothing glossed up for tourists, what you see is what you get, unadorned. Throughout the country it's as though the people are indifferent to the ways of the world and determined to do things in their own unique style ...' And nothing epitomises this more than the indigenous women, or cholas, in their distinctive bowler hats! This humorous, inspiring book also tells the story of Jane and Graham's relationship and how it grew, against the backdrop of South America's poorest but some say most endearing of countries. Jane's story demonstrates that you never know what lies around the corner and that life has a habit of coming up with challenges and possibilities when you least expect them. It shows what can happen for those who are prepared to be open to change and take risks.

Jane Mundy was born in Melbourne and studied Psychology and Politics at Melbourne University before working for over twenty years as a counsellor and teacher. At the age of 40 she realised a lifelong dream of becoming a journalist and has specialised in writing about the health and welfare sector, higher education, wildlife and travel.