A Force of Nature: The Ceramic Art of Randy Johnston (Hardcover) 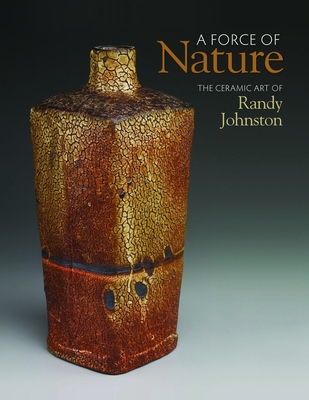 Maske chronicles the life and work of Randy Johnston, renowned contemporary American potter. Johnston creates utilitarian wares that recall Neolithic forms and are modernized via their partnership with a Japanese folk aesthetic. His training began in the American Midwest, took him to a year of study with Shimaoka Tatsuzo in Mashiko, Japan, and finally returned him to River Falls, Wisconsin, where he is a working potter who maintains fidelity to the tradition and philosophy that initially turned him to ceramics: mingei. His vessels, fired in Japanese-style wood-burning kilns, are imbued with the mingei ideal: handcrafted, functional, and representative of the Wisconsin setting where he lives and finds inspiration. As an artist, Johnston has been able to observe his environment and translate it into his own voice. He creates work that pays homage to these influences but is still unique and distinctly his own. Characterized by warm and vibrant colors and evidence of intense ash flow within the kiln, Johnston's work ranges from large jars that appear as if they have just been unearthed to artisan sushi platters that look right at home in the twenty-first century.

Andrew L. Maske has authored numerous articles on Asian art, culture, and ceramics, and was a major contributor to the Metropolitan Museum's exhibition catalogue Turning Point: Oribe and the Arts of Sixteenth Century Japan. Maske is also the author of Potters and Patrons in Edo Period Japan: Takatori Ware and the Kuroda Domain, the culmination of nearly a quarter century of research on a Japanese tea ceramic type begun by Korean potters brought to Japan in 1598.