A Death In Zamora (Paperback) 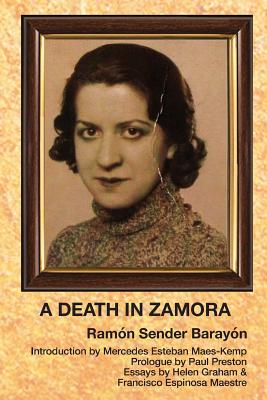 A Death In Zamora (Paperback)

This new edition inlcudes essays by three prominant Spanish Civil War historians, translated from the new Spanish edition. A gripping personal account of the Spanish Civil War, this memoir is also the story of a man discovering his roots. The author's parents were separated in the confusion of the war, and his mother jailed and eventually assassinated by a fascist execution squad in her hometown of Zamora when the author was just a small child. He and his baby sister were reared by a foster mother in the United States, and he did not return to Spain for another four decades.

The death of his mother, Amparo, was cloaked in secrecy, deepened by his father's refusal to disclose any information about her. Finally, at the ago of forty-six, after his father's death, and with his wife Judith's assistance as translator, he traveled back to his native land to retrace the events leading to his mother's extrajudicial killing via interviews with family and family friends.

A Death in Zamora has all the drama and tension of a good mystery, all the more engrossing because the events it recounts are so shameful and so true. In addition to the personal tragedy of his mother, we learn first hand of the horrific suffering that many other Spanish women experienced at the hands of Generalissimo Franco and his depraved followers.

This book describes a son's search in the 1980s Spain for his birth mother's story through interviews with family members and childhood friends. With his wife Judith as translator, the author returned to Zamora 48 years after he and his sister were evacuated from the fascist zone to France after their mother had been imprisoned for several months and then shot. First published hard cover in 1989 by The University of New Mexico Press to reviews in the New York Times and other dailies. An updated Spanish edition launched in Madrid in 2018. This new English edition includes these updates and appendices. All royalties are dontated to The Rovery of Republican Memory movement in Spain.