Dragon at the Edge of a Flat World: Portraits and Revelations (Paperback) 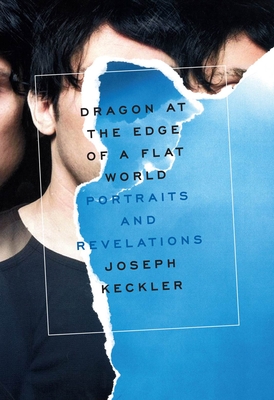 Dragon at the Edge of a Flat World: Portraits and Revelations (Paperback)


Available in Warehouse. Wait for Email Confirmation for ETA
These are stories to cherish, as brilliant and charming as the writer himself.--Olivia Laing
The sensibility of a magician, a trickster's dark humor, and a formidable musical and literary erudition.--The New York Times

Joseph Keckler's signatures are his magnificent three-plus-octave operatic voice and the mesmerizing stories he tells. Combining original pieces with material from his acclaimed performances, Keckler confirms his storytelling mastery, revealing still more of himself on the page.

In these tales, one can't easily draw a line between reality, embellishment, and fantasy. Odd jobs and odder employers: what is it like to work for a blind man who runs an art gallery? Or for an aging club kid who administers a university classics department? These outr characters make an artful spectacle of daily life. Some strive to be center stage and others struggle to be seen, but all soldier on in the margins. In this world, you may board a familiar bus or train and find yourself in some shady netherworld, or skipping past midnight on New Year's Eve. There is sex with ghosts. And the incessant GPS voice that mocks the last moments of a longtime love.

A celebration of the ridiculous and a tour through stations of longing, this diverse collection will thrill devotees and new fans alike.

Joseph Keckler is a singer, musician, writer and artist. He performs widely and has appeared at venues such as Lincoln Center, Brooklyn Academy of Music, SXSW, Miami Art Basel and Centre Pompidou. He is the author of several plays and many songs, and has written about contemporary art for VICE and other publications. His work has been featured on WNYC and BBC America, and he has received a number of awards, including a Creative Capital grant and a fellowship from New York Foundation for the Arts. Dragon at the Edge of a Flat World is his first book.