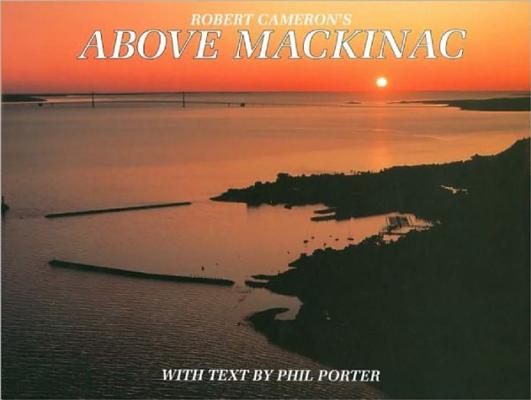 
This title is likely unavailable. Email or call for price and availability.
At the center of the upper Great Lakes, the Straits of Mackinac, with its spectacular islands and deep cool waters, emerge to connect Lakes Michigan and Huron. Preservation programs for Mackinac Island and the 1886 ban on automobiles are responsible for the island's unique turn-of-the-century character. From its lofty vantage point, Cameron's aerial camera has captured the natural beauty and awe-inspiring combination of lake, land and sky in this place we call Mackinac.

Robert Cameron has been a businessman and a publisher and a writer, but above all he has been a photographer - first in 1933 as a newsman for the Des Moines Register, then during World War II for the War Department, and finally as the founder of the Above books of aerial photography.  Since 1969 he has created and published seventeen titles in this series, with more than two and a half million copies in print.