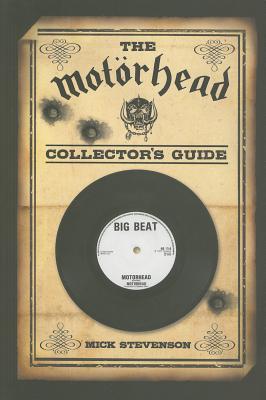 
This title is likely unavailable. Email or call for price and availability.
An alternate history of the iconic band that has been around for nearly five decades, completely revised and updated, with a foreword by Lemmy himself

Originally published in 1994, this new edition tells the history of the band via its discography and collectables, along with choice selections from the infamous fanzine Motörheadbangers. The author is the undisputed authority on the band and his vast collection is explored chronologically and at length, alongside selected highlights and extracts from the zine, in a title that will appeal to the die-hard Motörhead fan and casual rock reader alike. Record and musical memorabilia collectors will also find the title of great interest, and the international nature of the author's collection and knowledge adds a fantastic worldwide appeal.

Mick Stevenson has been following Motörhead and collecting releases since 1977, and has assisted with Motörheadbangers fan club operations for many years. Referred to by Lemmy as the "Record-finder General" and a "Superfan," he has acted as project consultant on a number of TV programs about the band, as well as numerous magazine articles and major CD releases. Mick was also assistant producer on Motorhead’s 25th anniversary Boneshaker DVD, and has appeared in two of their music videos. Lemmy Kilmister is the founding member of Motörhead and the author of White Line Fever.