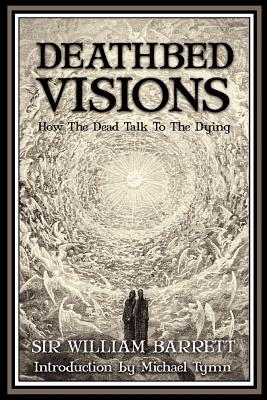 
Available in Warehouse. Wait for Email Confirmation for ETA
This book cannot be returned, cancelled, or exchanged. Please call for availability and pricing
During his 50 years of psychical research, Sir William Fletcher Barrett (February 10, 1884 - May 26, 1925) observed many types of phenomena. In his reminiscences, read at a private meeting of the Society for Psychical Research (SPR) on June 17, 1924, less than a year before his death, Barrett said: "I am personally convinced that the evidence we have published decidedly demonstrates (1) the existence of a spiritual world, (2) survival after death, and (3) of occasional communication from those who have passed over... It is however hardly possible to convey to others who have not had a similar experience an adequate idea of the strength and cumulative force of the evidence that has compelled my] belief." Barrett was the prime-mover in the founding of the SPR in 1882, serving as vice-president and editor of the Society's Journal during its first year and president in 1904. He also encouraged Professor William James of Harvard to organize the American branch of the SPR in 1884. In this book, Deathbed Visions, first published in 1926, the year after his death, Barrett reported on a number of intriguing cases in which a dying person appears to see and recognize some deceased relative or friend, some of them involving instances where the dying person was unaware of the previous death of the spirit form he saw. "These cases form, perhaps, one of the most cogent arguments for survival after death, as the evidential value and veridical (truth telling) character of these visions of the dying is greatly enhanced when the fact is undeniably established that the dying person was wholly ignorant of the decease of the person he or she so vividly sees," Barrett stated in the book, now something of a classic in the field.