William Golding's Lord of the Flies (The Connell Guide To ...) (Paperback) 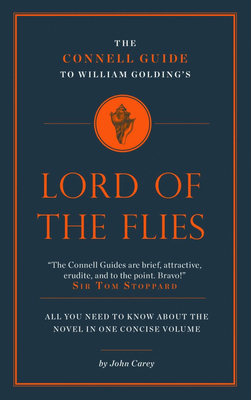 William Golding's Lord of the Flies (The Connell Guide To ...) (Paperback)


This title is likely unavailable. Email or call for price and availability.
In 1954 William Golding was 43 years old and a nobody. He had been demobbed from the navy at the end of World War Two and returned to his pre-war job teaching English at Bishop Wordsworth’s School in Salisbury. Always hard up, he lived in what he called a “lousy council flat” with his wife, Ann, and their two young children. In 1952 he finished the novel that was to become Lord of the Flies, and sent it to five publishers and a literary agency. They all rejected it. The sixth publisher he tried was Faber and Faber, and the professional reader wrote her opinion on the typescript: “Time the Future. Absurd & uninteresting fantasy about the explosion of an atom bomb on the Colonies. A group of children who land in jungle country near New Guinea. Rubbish & dull.” But the novel was rescued from the reject pile by a new recruit to Faber, and when it was finally published in September 1954 the poet Stevie Smith greeted it as “this beautiful and desperate book”. In the early 1960s cultural commentators noted that Lord of the Flies was replacing Salinger’s Catcher in the Rye as the bible of the American adolescent. Its anti-war tenor helped to ensure its profound impact on the young at a time when the Cold War was hotting up. Since then, his masterpiece has established itself as a modern classic. In this short, compelling guide, John Carey tells us how and why.
John Carey is a British literary critic and Emeritus Merton Professor of English Literature at Oxford University. His books include The Intellectuals and the Masses, What Good Are the Arts?, and William Golding: The Man Who Wrote Lord of the Flies. His memoir, The Unexpected Professor: An Oxford Life in Books was published in 2014.