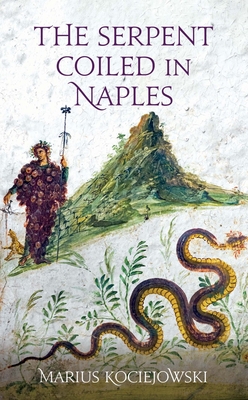 In recent years Naples has become, for better or worse, the new destination in Italy. While many of its more unusual features are on display for all to see, the stories behind them remain largely hidden. In Marius Kociejowski’s portrait of this baffling city, the serpent can be many things: Vesuvius, the mafia-like Camorra, the outlying Phlegrean Fields (which, geologically speaking, constitute the second most dangerous area on the planet). It is all these things that have, at one time or another, put paid to the higher aspirations of Neapolitans themselves. Naples is simultaneously the city of light, sometimes blindingly so, and the city of darkness, although often the stuff of cliché. The boundary that separates death from life is porous in the extreme: the dead inhabit the world of the living and vice versa. The Serpent Coiled in Naples is a travelogue, a meditation on mortality, and much else besides.

Marius Kociejowski is a poet, essayist and travel writer. He is the author of several books, including The Street Philosopher and the Holy Fool: A Syrian Journey and The Pigeon Wars of Damascus.

‘To write about Naples, you really need to be a poet–or, even better, an antiquarian bookseller. Kociejowski is both and has produced a delightful work that is as eclectic, labyrinthine, ironic and shocking as the city itself."
— Economist

"Kociejowski’s book (which takes its title from the Sicilian proverb ‘Never fear Rome –the serpent lies coiled in Naples’) is one of the best I have read on the ramshackle Mediterranean outpost (and I have read a few). In pages of scholarly but engagingly droll prose, Kociejowski conjures a death-haunted city, where the meaning of life is everywhere connected to what it is to die. . . . A pungent amalgam of reportage and travel, The Serpent Coiled in Naples does Naples and its citizenry proud."
— The Spectator (UK)

"A Serepent Coiled in Naples makes for excellent armchair travelling. And it may well tempt one to visit this effervescent if dangerous hive of the South of Italy."
— Fortnightly Review

"[The Serpent Coiled in Naples] takes on some of the largest questions that come with searching for this stupendous city’s soul: Has paganism survived Christianity in subtle or not so subtle ways? Do people think differently about death when living in immediate reach of a large volcano? What does their music tell us? . . . Now, having become a proud if honorary Neapolitan—anybody can become one, just as anybody can become a New Yorker, by sheer affinity—Kociejowski reaches his own conclusions about how to live next to a volcano, via the right philosophy and a little prestidigitation."
— The New Yorker

"Kociejowski’s words pulse with the beating heart of this extraordinary city."

"At turns hilarious and profound."

"Kociejowski is a near invisible narrator, so completely caught up in his quest that he walks us through the mundane veil of everyday life to encounter real story-treasure."
— Barnaby Rogerson

"One of the engines powering [Kociejowski's] writing is a poet's relish for language, be it modern street lingo or 'technically flawless' fifteenth-century pornographic verse... The other is an omnivorous erudition."
— Times Literary Supplement