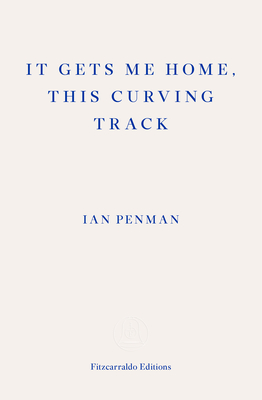 When all else fails, when our compass is broken, there is one thing some of us have come to rely on: music really can give us a sense of something like home. With It Gets Me Home, This Curving Track, legendary music critic Ian Penman reaches for a vanished moment in musical history when cultures collided and a certain kind of cross-generational and 'cross-colour' awareness was born. His cast of characters includes the Mods, James Brown, Charlie Parker, Frank Sinatra, Elvis Presley, John Fahey, Steely Dan and Prince - black artists who were innovators, and white musicians who copied them for the mainstream. In 'prose that glides and shimmies and pivots on risky metaphors, low puns and highbrow reference points' (Brian Dillon, frieze), Ian Penman's first book in twenty years is cause for celebration.

Ian Penman is a British writer, music journalist, and critic. He began his career at the NME in 1977, later contributing to various publications including The Face, Arena, Tatler, Uncut, Sight & Sound, The Wire, the Guardian, the LRB, and City Journal. He is the author of Vital Signs: Music, Movies, and Other Manias (Serpent's Tail, 1998).