The Roots of Amerta Movement: An introduction to the movement improvisation of Suprapto Suryodarmo (Paperback) 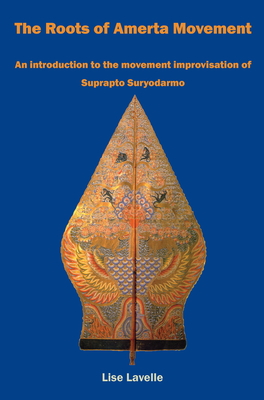 The Roots of Amerta Movement: An introduction to the movement improvisation of Suprapto Suryodarmo (Paperback)


Available in Warehouse. Wait for Email Confirmation for ETA
Javanese movement artist Suprapto Suryodarmo (Prapto) died in 2019. He devoted his life to developing, embodying, teaching and sharing his practice of Amerta Movement, which, in his own words, is not only a language for communication but also an expression of being.

Prapto worked with students and colleagues (people from all walks of life, including internationally-known artists, performers, practitioners and teachers, all of whom he treated equally as 'friends') in sacred, ancient and mundane sites around the world. He never attempted to write down his practice, although he encouraged many 'friends' to spread the word and the practice, sharing their own understandings of his work widely.

This book, covering the early years of Prapto's teaching (1986-1997), is the closest there is to a record of that period of his work in English. It is a radically revised, updated and edited version of Lise Lavelle's doctoral thesis and draws on her unrivalled knowledge of the culture, language, art, religion and traditions of Java – the pot in which Prapto's life, work and practice were cooked.

While Amerta Movement continued to evolve, this book offers a clear and many-layered introduction.
In 1988, Lise Lavelle initiated her own movement work naming it the ‘Dance of Life and Healing Theater,’ and in 1997 changed it to ‘Embodyment, dance of release and transformation'. She drew on her training in classical Danish relaxation and movement, Sumarah meditation as well as her practice of Amerta Movement with Prapto in Java, and turned them into a ‘holistic’ movement practice. She drew on earlier practices of Qigong, Tai chi, Kung fu, ritual dance, and Theravada Buddhist walking meditation and mindfulness. She had a PhD in Indonesian from Lund University, Sweden.