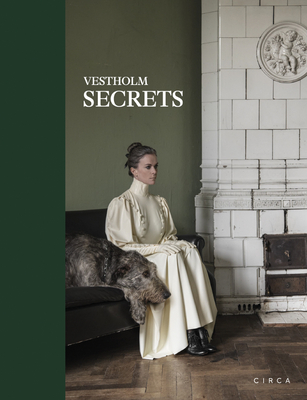 
This title is likely unavailable. Email or call for price and availability.
- First monograph on Danish photographic duo, Vestholm - Marianne Vesterled and Tue Holmgaard - whose reputation is growing worldwide- Published in a limited, numbered edition of 300 copies'Everything in the world is about sex, except sex. Sex is about power.' So said Oscar Wilde. But power can manifest itself in many ways. With the Danish photographic duo, Vestholm, power rests in the realm of the imagination - undoubtedly the most erogenous zone. Just as we eat first with our eyes, so arousal begins with an image. Marianne Vesterled and Tue Holmgaard's image world is mysterious and seductive, though their eroticism is underscored by dark humor and elements of the surreal. This, their first book, is an invitation to a private performance. A story is unfolding, but each frame represents just a fragment. As Diane Arbus observed, 'A photograph is a secret about a secret. The more it tells you, the less you know.'The book comprises a series of 18 untitled 'scenes', which unfold in places of privilege or degraded privilege. These are landscapes where Helmut Newton might meet Edie Beale. Place is rarefied, power relations can be complex and cliches about horror and pornography are turned on their heads. Images careen between the immaculate and the decaying, sternness and yearning, debilitation and liberation, predation and caretaking, yielding and control, cruelty and service and the dream-like and concrete. Vestholm's art presents a stirring rebuke to a world that is perversely content to serve up easy and didactic answers to complicated and thorny questions about sexuality, power, status and fear. They let us witness secrets, keep us guessing and ask us deep questions about ourselves and our desires.
Tue Holmgaard (b. 1971) and Marianne Vesterled (b. 1975), the Danish artists known as Vestholm, demonstrate the creative, artistic and intellectual possibilities to be found in partnership, trust and love. Coming to each other in mid-life, their meeting, through their work in communications and design, unleashed an intimacy where abiding passions that had largely lain dormant came tumbling forth from each of them. Their creative and personal obsessions meshed and took on a singular voice. Their work, from its outset, has always been about putting their whole individual selves in service to a common visual language about fantasy, the transgressive, and to investigating ethical and social convention. Both had come from relatively uncomplicated middle-class upbringings in the suburbs of the island city of Odense - the third-largest city in Denmark. Tue growing up had encountered books such as John Cleland's classic Fanny Hill and works by the mysterious French fetish artist, known only as 'Carlo'. These underpinnings of his erotic imagination were a well spring waiting to be tapped. As a child and young girl, Marianne dressed up, donned wigs and hats, vintage shoes, dresses, fur, and experimented with make-up and gender roles. Role playing, character and scenario building were the constant of her childhood 'games'.Their mutual interest in the complex terrains of passion was established when, in an early encounter, Marianne mentioned that the kitchen scene from The Postman Always Rings Twice was perhaps her earliest and certainly her most erotic film memory. A mutual sensibility about a set of important issues that are too infrequently spoken of, and even less frequently shared, was communicated between them. It was from that seed, rooted in cinematic pleasure, that a relationship bloomed that would allow them to create a partnership where no feeling or thought is taboo and where everything can be ventured or expressed. John Hirschfeld is the nom de plume of an oxymoronically described adventurous American. He has immersed himself in art, eroticism and aggressive doubt for six decades. His life's work can best be understood as trying to tell people things they don't want to hear in a way that they can hear it.