The Rock and the Tower: How Mary created Christianity (Paperback) 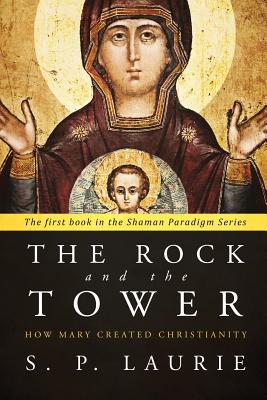 The Rock and the Tower: How Mary created Christianity (Paperback)

The revolutionary book that will change the way you think about Christianity.

How is it possible for Jesus to be the Son of God? Why is it that only Christianity has a founder who is also the subject of the religion? And if Jesus were really a peasant preacher from Galilee, then why do all the earliest sources speak of him as the divine savior and as God himself?

Conventional scholars, locked into the failed paradigm of the historical Jesus, have no answers to these questions. This book develops a radical new approach by looking at how new religions form. The typical pattern is that a shaman founder brings revelations from a divine figure, a "visitor from heaven". The shaman paradigm applies this model to Christianity, showing that Jesus must have been the "visitor from heaven", crucified in the distant past, but resurrected and reborn spiritually through the shaman.

The Rock and the Tower is the search for the identity of the shaman. It uses the earliest sources to look for the signal of historical truth that has been lost under the noise of storytelling and theological elaboration. It shows how the supposedly heretical Gospel of Thomas (originally called the Gospel of the Twin) represents the original Christianity and how it was used and abused by all four of the New Testament Gospels.

The conclusions are extraordinary. The shaman was a woman called Mary who has always been the object of adoration by Christians. The Gospels turned the shaman into the fictitious characters of Mary the Magdalene and the Virgin Mary, and she is also the mysterious person called Cephas in Paul's letters.

This book uncovers the story of the remarkable woman who was both the Rock and the Tower, from her first spiritual encounter with Jesus, through her role as "mother" to the movement, and her eventual martyrdom at the orders of Nero, the Antichrist. It shows that Christianity originated as an esoteric sect who believed that each person had a spirit "twin", a heavenly wife or husband. The Christ came to redeem the twin from the fallen angels who were believed to rule the world, and to reunite the person into a new spiritual whole, the kingdom of heaven. And the spiritual twin of Mary was Christ himself.

The Rock and the Tower is the first volume in the Shaman Paradigm series.