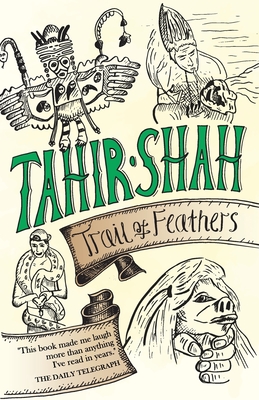 Enthralled by a line from the chronicle of a sixteenth-century monk which suggested that the Incas 'flew over the jungle like birds', and by the recurring theme of flying in Peruvian folklore, Tahir Shah sets out to discover whether the Incas really did fly or glide above the rainforest of Peru.

Or was the Spanish cleric alluding to flight of a different kind - one inspired by a powerful hallucinogen, the so-called Vine of the Dead?

After gathering equipment in London - and advice, not least from Sir Wilfred Thesiger - Shah's long quest begins. Picking up clues as he goes, the trail begins at the Atacama Desert with its immense cryptic Nazca Lines and thirty thousand mummified corpses.

Then, on through the Peruvian hinterland of the Altiplano and, finally, to an epic river journey up the Amazon. There, lost in its seething green rainforest, he discovers the secrets of the Shuar, a tribe formerly infamous for shrinking human heads.

Even for a traveller not unused to surreal adventure, there are many extraordinary encounters in this astounding travel book.

Gruesome but often hilarious, Trail of Feathers is peppered with madmen and dreamers, with sorcerers, con-men and jungle experts. Each one reveals a little more of the puzzle, before Tahir Shah can at last discover the truth about the Birdmen of Peru.